If you’ve never heard About Himalayan Salt before and are thinking of trying it, or have already enjoyed one of the various, delightful forms of the salt and are wondering what makes the experience possible, the information below will help you gain a better understanding of the nature of Himalayan Salt and its uses.

Himalayan salt is said to be one of the purest forms of salt to be found anywhere in the world. Because it has been developing in its natural crystal form within the foothills of the Himalayas for over 250 million years, the salt has been created in an ideal environment void of toxins, and other outside environmental pollutants, and is considered to be one of the most untainted forms of salt on earth.

This salt is not processed or chemically cleaned before sale, and retains its natural organic state. Himalayan Salt does not contain preservatives, chemical additives, or bleaches. Instead, this wonderful salt contains lots of minerals and trace elements which attribute to the salts’ reputation for being a healthier choice than commercially manufactured salts. Some of these trace elements reportedly include 1.2% sulfur, 0.4% calcium, 0.35% potassium, and 0.16% magnesium, as indicated by scientific analysis of common samples of salt attained from prominent Himalayan Salt mines.

This structure is the cause of the two main factors that make Himalayan Salt so different than most other sea salts: 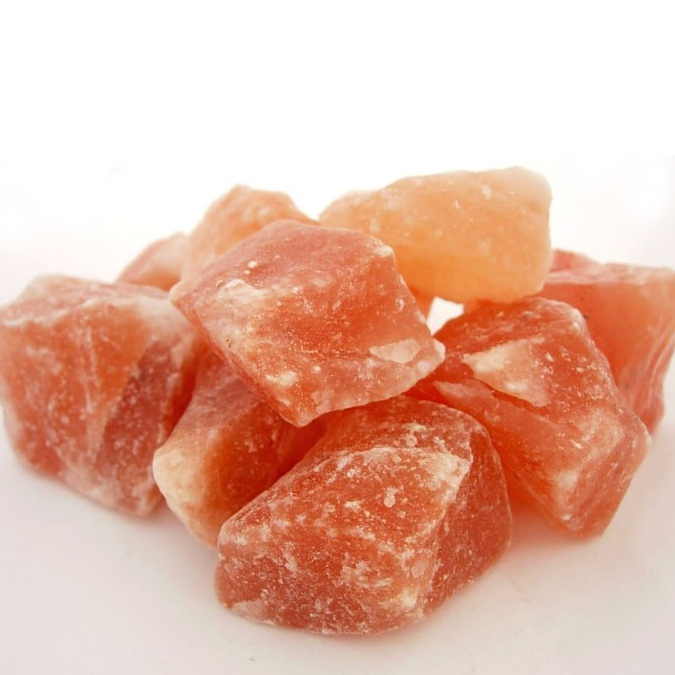 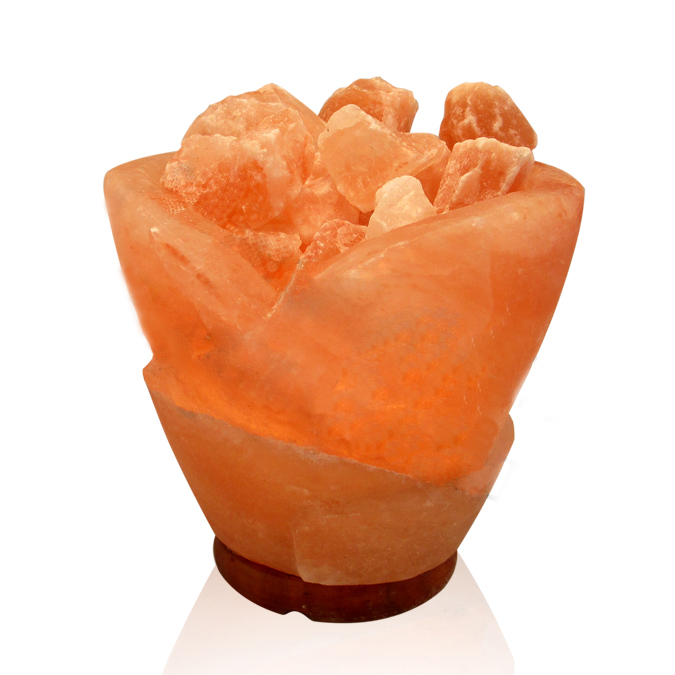 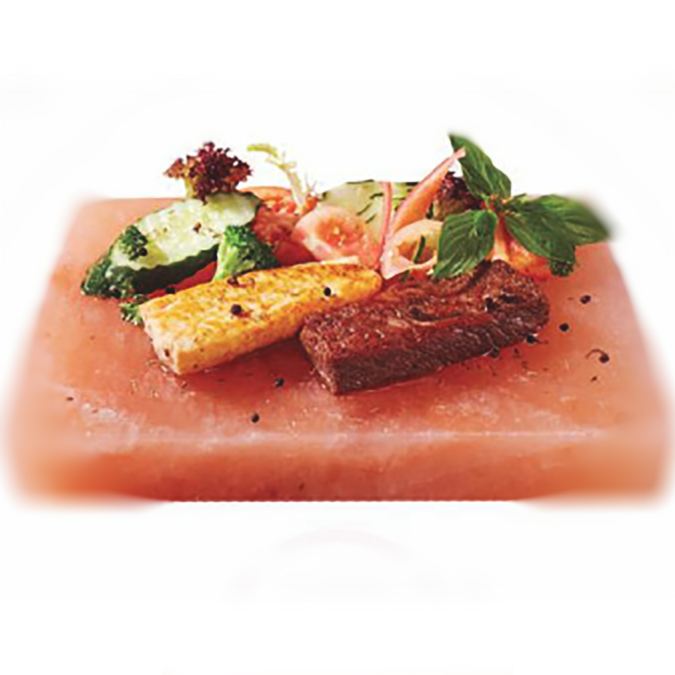 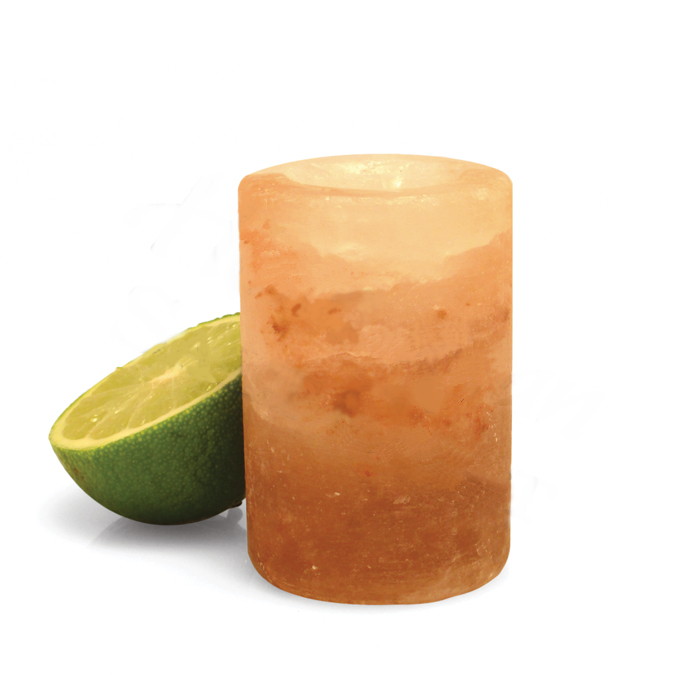 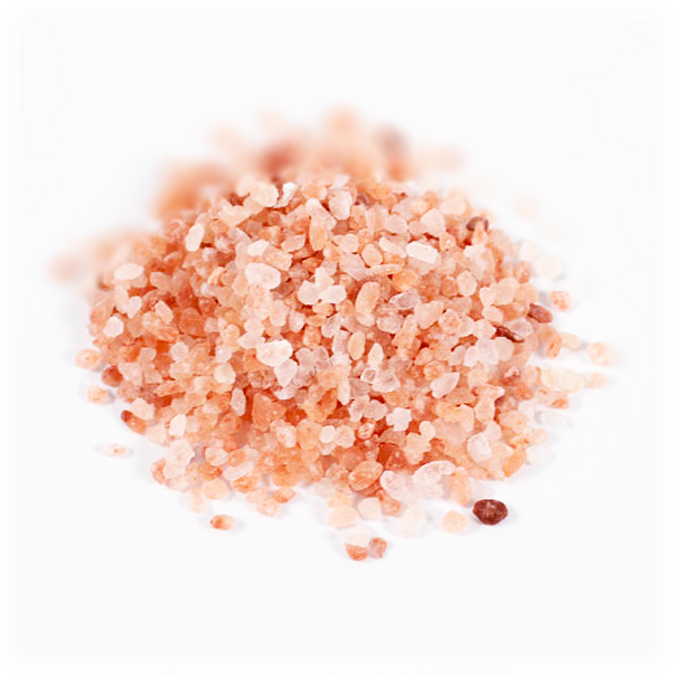 Himalayan Salt contains a high quantity of essential trace minerals which not only provides the salts’ beautiful coloring, but its less harsh, yet robust gourmet flavor.

The high mineral content of the salt also results in a more stable crystal, enabling the salt to be cut or carved into solid forms for use in salt lamps, culinary salt blocks and dishes, and beauty items such as massage stones.

Now that we have discussed the basics About Himalayan Salt, lets discuss the various forms of the salt, and their applications in the home. As beautiful as it is tasty, “Pink Salt” as it is also known, is available in various forms that can have a beneficial, and beautifying affect on your surroundings. These includes:

(Click on a link above to be directed to the specific information about that form of Himalayan Salt.)

Hand made from 100% natural Himalayan Salt crystals, these one of a kind, functional works of art add a touch of natural beauty to any room of the home or office. Though fascinating in their own right, when lit by the bulb or candle within these captivating salt sculptures come to life, emitting a smooth, earthy glow that is pleasing to the eye.

Due to their natural ionic properties, these beautiful salt creations also help cleanse the air through the release of negative ions when heated by a bulb or candle.

Along with salt lamps, Himalayan Salt Walls have rapidly become a popular feature for the homes of those individuals seeking a natural method of relief from common ailments, as well as those looking to create a more earthy, relaxing atmosphere in their homes.

High end restaurants, hotels, spas, and other service establishments around the world have also been adding these beautiful, tranquility inducing lighting features in their establishments, because of the salts’ ability to naturally ionize the surrounding atmosphere.

The Himalayan Salt Boutique offers quality, 100% pure Salt Blocks which can be used to create unique, earthy features for the home.

Himalayan Sea Salt is unlike any salt you have ever tasted, and comes in more than just the traditional granular salt form. Aside from its mineral rich, gourmet flavor, the salt blocks created from “Pink Salt” offer food time fun, and sensational food presentation possibilities!

Organic Himalayan “Pink Salt” has been gaining in popularity around the world as a healthier, gourmet alternative to regular table salt, and traditional sea salts. Himalayan Salt Culinary Blocks have become renowned for the mouthwatering flavor and visually impressive presentation they bring to the table! More Information> 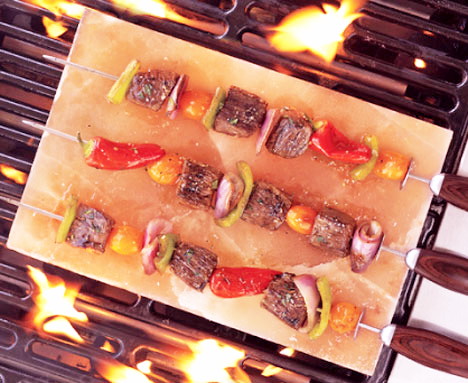 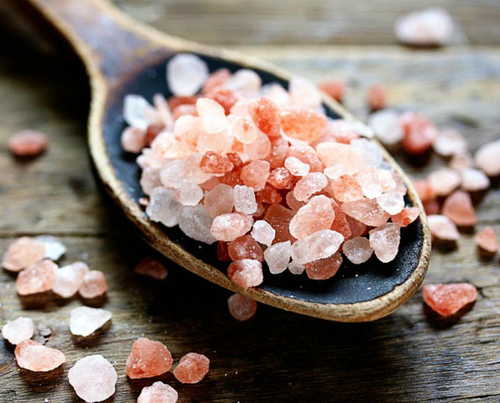 Nothing beats a soothing Himalayan Salt Bath, as those who have indulged in this exotic experience can attest. The soft, silky smooth feel of your skin after a soak in a “Sole Bath” is a refreshing surprise, afforded by the natural minerals contained in the salt. These wonderful baths also do wonders to relax and soothe, loosening tight muscles and helping to relieve body aches and pains. This sensational spa treatment is said to help with symptoms of Arthritis, and is also reputed to be effective in treating many types of Acne and other skin conditions, such as Psoriasis. It is also used for detoxification of the body.

Unique uses of Himalayan Salt include salt stone massage, a practice that involves massaging the body with massage stones made of 100% pure Himalayan Salt crystal. The salt is also crafted into “salt deodorant eggs”, which are used as a natural deodorant bar, as well as the popular foot detox blocks. More Information Here>>

As with any natural resource, the local peoples of the region where Himalayan Salt is found, the foothills of the Himalayas in Pakistan, have been using the salt for ages. No one knows for certain when “Pink Salt” was discovered, but its use in curing foods, in trade for other neccessary supplies, and its natural medicinal uses in healing injury are well documented among the people of the region.

The salt is still mined by hand today, just as it has been in the past, thanks to a law protecting the area from mining with dynamite or other explosives. This ensures that the salt is not exposed to chemicals or other pollutants that may be introduced to the salt otherwise, but it also makes the mining process more difficult.

While the salt is transported from the mines to nearby distribution centers in a more modern manner these days, and the locals can let trucks do the laborious work of delivering the salt instead, it was traditionally transported on pack animals. Making their way to the valley below with their precious cargo, locals would load the salt into packs, lead the pack animals down to towns where it could be traded, and return with packs full of other staple supplies that were unattainable otherwise.

Regardless, the salts’ versatility, beauty, medicinal uses, and undeniably amazing flavor, make it a sought after commodity, especially since the salt was discovered by the rest of the world, making it well worth the trouble. As one may expect, proceeds from the salt continue to help the local economy tremendously.

From The Pyramid Holistic Wellness Center:

“The truth is that there are literally dozens of scientific studies that have been conducted over decades that show without any question that there are medical benefits to using Himalayan salt.”

“Clinical studies have been published in the New England Journal of Medicine (2006) demonstrating that the inhalation of saline produces sustained mucus clearance and improved lung function in patients with Cystic Fibrosis.”

“In 1995 the Journal of Aerosol Medicine reported significant improvements in patients with various types of respiratory diseases (bronchial asthma, chronic obstructive and non-obstructive bronchitis, bronchiectasis, cystic fibrosis) who were treated with halotherapy in a placebo-controlled clinical trial.”

“In 2004, the Wieliczka Salt Mine Underground Rehabilitation and Treatment Centre received the International ISO 9001:2000 Certificate in the Quality Management in health care in the field of treatment of the respiratory system and allergic conditions in adults and children. [Surely this is not granted to institutions using non-scientific methods or quackery?]”

Now that you are signed up, we will send you updates and exclusive offers periodically.

*Note: No two salt lamps, candle holders, or natural salt products will ever be alike. The products will range in color from light peach/pink, to orange and dark red. Lamps and blocks, and all other solid form products will contain natural veins, cracks and striations. Weight and size will vary within product styles; we only give approximations based on averages. Due to these variances and the nature of these organic items, we cannot guarantee exact shape, size or color, but do we do guarantee each that each and every piece in our entire salt product collection will be one of a kind.

Disclaimer: Independent scientists and leading industry researchers have long studied the curative powers of salt, and more recently the ionic capabilities of salt. We do not actively accept nor refute any of these findings. The information we provide about these subjects is strictly intended inform our readers of these findings, empowering them to form their own independent assessments and arrive at their own conclusions. We believe in the aesthetic beauty of our salt products, and we assert that any further benefits gained by our customers are an added benefit.
The statements regarding these products have not been evaluated by the Food and Drug Administration. The information provided on HimalayanSaltBoutique.com regarding various salt products and alternative health principles is for general information only; it is not intended to diagnose, treat, cure or prevent any disease, nor is it intended to be a substitute for informed medical advice or care. You should always consult a licensed physician before beginning any alternative treatment.
All images on this site are property of the original image licencors. The content of these images is not meant to suggest that the person depicted uses or endorses our products or services. Informational material and representations have been provided by the manufacturers of the listed products. While we work to ensure that product information is correct, note that actual product packaging and materials may contain more and/or different information than that shown on our Web site. We recommend that you do not solely rely on the information presented and that you always read labels, warnings, and directions before using or consuming a product. himalayansaltboutique.com and/or it's proprietors assume no liability for any injury, illness or adverse effects caused by the misuse and/or use of these products or for inaccuracies or misstatements about products.